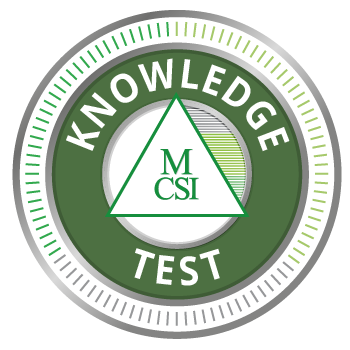 The cyber world is a dynamic and ever-changing environment, making it challenging to safeguard against cyber dangers, risks, and attacks. Individuals, businesses, and governments must all have a thorough grasp of these dangers in order to protect themselves and limit the risks.

Organized crime groups, state-sponsored entities, and lone hackers are all potential sources of cyber threats. Threats can be motivated by a variety of factors, including financial gain or reputation for some, and political or ideological ideals for others.

Organizations can use the risk management process to identify, assess, and respond to cyber threats. The purpose of risk management is to protect an organization's data and ICT systems while yet allowing it to operate.

This course starts with a basic training that covers all of the essential ideas before putting your knowledge to the test with a multiple-choice question.

MCSI's KART accreditation is an invaluable tool for any individual. The certification indicates mastery of the key knowledge needed for success in the field of information security. Employers recognize the KART certification, making it a valuable addition to any résumé. The qualification can help a person stand out from the crowd and open doors to greater job prospects.

US$100
No Expiry, No Renewals, Training Included

The following subjects will be covered and assessed:

This is a multiple-choice-question examination (MCQ). You take the exam in your browser using MCSI's Online Learning Platform. To pass, you must obtain a 90 percent pass rate.

This exam is for persons who have one or two years of work experience or a bachelor's degree in information security. It is also applicable to self-taught individuals.

The benefits of MCQ exams

All of our students are encouraged to take our Knowledge Tests to reinforce existing cybersecurity knowledge or learn knowledge that will help them advance in their jobs.

If you pass this exam, you will earn a Certificate of Completion. This certificate can be added to your LinkedIn page as well as your resume.

Don't be concerned about failure. The main goal is to study and then concentrate on practical skills. These are the most crucial ones. As a result, using our Knowledge Tests, you can retake the exam as many times as necessary till you pass. The questions are designed to be challenging, and passing them is a rewarding experience. We also hope that allowing you to fail without repercussions will motivate you to try harder and not look for methods to cheat.

This is not a phoney certification. We're not attempting to persuade you to renew it every few years, pay for an ongoing subscription, or purchase other products in order to maintain your CPEs. You pay once, pass your exam, and that's all with us. Your certificate is good for the rest of your life. Then, we recommend that you concentrate on more advanced, practical certificates. In this field, practical skills are the most vital.

You will show your knowledge

MCSI is a well-known and respected name in the field of cyber security education and training. Obtaining your MCSI certification will demonstrate your understanding of cyber security principles, technologies, and procedures, which will assist you in defending companies and individuals against threats.

The images below illustrate examples of questions that could appear in the exam. Please note that none of the finest questions will be released. These samples should, however, give you an indication of what to expect.

What does SIEM stand for?

What is Continuous Security Monitoring?

This exam is designed for people who want to work in the following roles:

The MCSI Knowledge Tests are highly respected and sought-after credentials in the industry. Earning an MCSI Knowledge Certificate acknowledges your dedication to excellence and demonstrates your knowledge. The examinations are challenging and cover a broad range of cybersecurity subjects. Passing the examinations is a huge step forwards in your career, and it opens you a lot of doors.

The certificates are valid indefinitely and do not require any renewal fees.

This certification includes training exercises to help you prepare for the exam. There's no need to pay extra for a study book, workbook, or pre-recorded lectures. It's also unnecessary to join a study group.

Student exercises are reviewed and graded by multiple instructors. This one-of-a-kind approach allows you to get highly personalized input from a number of successful professionals.

MCSI's teachers bring real-world experience and knowledge to the classroom, ensuring that students have the skills they need to excel in the field of information security. Due to their extensive experience in penetration testing, vulnerability assessment, reverse engineering, incident response, digital forensics, and exploit development, students will understand the most up-to-date defensive and offensive cybersecurity strategies and procedures.

Our instructors are passionate about information security and are always looking to further their own knowledge. Students who attend an MCSI course can be confident that they are learning from some of the best in the business. They can adapt their teaching approaches to match the demands of any student, regardless of their degree of expertise.

The MCSI team strives to provide the most comprehensive and up-to-date cybersecurity training available. Whether you are a seasoned security professional or new to the field, MCSI has a course that will meet your needs.

This exam can be completed using a regular laptop and browser. The following browsers are supported by us:

Proficiency in the English language

You must have the ability to comfortably read and understand IT documentation written in English. Ideally, they have an IELTS score of 6.5 with no band less than 6 (or equivalent).

Note: You can register for this course without having undertaken an English test.

The KART exam is an extraordinarily thorough assessment of a person's fundamental knowledge in the field of information security. It tests an individual's ability to think critically and solve problems by covering a wide range of topics, from security basics to incident response.

The questions are based on current industry technology and trends, and they provide an accurate assessment of a candidate's ability to apply their knowledge in a practical setting. Furthermore, KART is updated on a regular basis to reflect changes in the industry. Candidates are examined on the most up-to-date material, making them better prepared to operate in today's ever-changing environment.

You can purchase the training using a Credit Card or PayPal. The training is immediately available.

How does MCSI Compare?

If you are looking for a certification that will give you an edge in the job market, look no further than MCSI certifications. Thanks to our innovative approach, cybersecurity training is more affordable and effective than traditional methods.

Our pricing is more affordable than our competitors because we have reinvented how cyber training is done online. Our innovative Online Learning Platform is highly effective at teaching cyber security. The platform provides a more engaging and interactive learning experience than traditional methods, which helps students learn and retain skills better. Try the free version and see for yourself.

Bloom's Taxonomy is a system for categorizing distinct stages of intellectual growth. It is used in education to assist students comprehend and learn material more effectively. MCSI teaches students how to apply, analyze, evaluate, and create at the highest levels of the taxonomy. The majority of our competitors are simply concerned with getting you to remember concepts.

The intellectual developments outlined in Bloom's Taxonomy are directly tied to your capacity to advance in your cyber security career. Employers look for people who can solve challenges that are worth paying for. With us, you'll learn practical skills that are in demand and applicable to a wide range of cyber occupations.

MCSI credentials are well-respected around the world, and organisations searching for people with real cyber security abilities seek them out. Obtaining an MCSI certification verifies your understanding of critical cyber security topics as well as your ability to provide real-world results.

The ability of MCSI's training programme to give students with real-world, hands-on experience is unrivalled. Students must conduct their own research and develop their own answers in order to complete our practical exercises, which are meant to give them the skills they need to be successful in the field.

With MCSI, you will build a comprehensive cybersecurity portfolio of your skills as you complete exercises. This portfolio is a powerful tool for displaying your cybersecurity knowledge and abilities. A portfolio, as opposed to typical resumes and paper-based credentials, presents a more thorough summary of your skills and accomplishments.

Here's what students say about the MCSI Method™ and our Online Learning Platform:

Information Security Professionals made a median salary of $103,590 in 2020. Cybersecurity roles are regularly ranked #1 jobs in the United States.

If you are looking to increase your earning potential, this course will put you on track for jobs that offer a salary of $75,000 to $150,000 per year. Why spend tens of thousands of dollars on degrees or theoretical certifications when you can develop in-demand practical skills in a shorter amount of time?

Is it possible to cheat on MCQ exams?

On MCQ exams, there is no doubt that cheating is possible. In truth, most industry certifications are frequently compromised by fraud, in which students pay third parties to take their exams on their behalf. If that isn't the case, these tests allow you to bring your study book with you to the exam. That should make you ask how the industry continues to support these vendors that charge thousands of dollars for low-quality knowledge testing...

We make no attempt to prevent cheating on our Knowledge Tests. Our goal is to charge a small price so that you may validate your knowledge and confidently advance your career. Practical skills are what really count in cybersecurity. To work in this field, remembering concepts, terminology, and ideas isn't enough. So, if you want to cheat, go ahead. It will come back to bite you later when you find yourself in a situation where you are unable to accomplish the job you were recruited to do and your reputation suffers as a result.

DO YOU HAVE A QUESTION?

Visit our Frequently Asked Questions (FAQ) page for answers to the most common questions we receive.